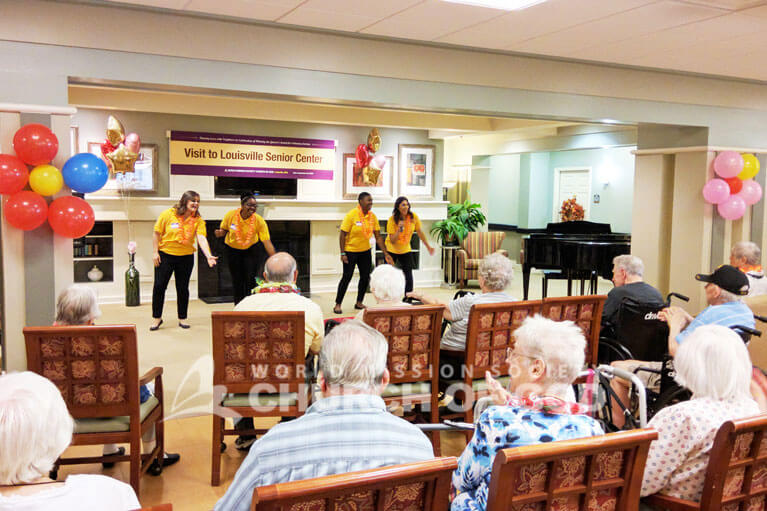 Sharing the Love of Mother Volunteering at Atria Senior Living

September 25, 2016, was no ordinary Sunday for volunteers from the World Mission Society Churches of God along the East Coast and the Caribbean. They took part in the Church’s East Coast Volunteer Service Day 2016. Hundreds of volunteers participated in the 25 different activities happening from New Hampshire to Florida and even in Puerto Rico and the Dominican Republic.

Locally, about 20 volunteers from Louisville visited Atria Senior Living located in St. Matthews to console and entertain residents. The volunteers entered the center’s activity area with bright smiling faces, bright yellow shirts, balloons and instruments. The commotion immediately intrigued residents and they made their way over.

The musical ensemble, which consisted of two flutes, a clarinet, trombone, tuba and piano, opened with “The Bright Heavenly Way.” And an energetic performance of the classic oldie “Stand by Me” followed. After the ensemble, other musical and dance performances including “My Girl” and “Ain’t No Mountain High Enough” took the stage. Residents were especially happy as they swayed, clapped and sang along. They enjoyed a duet performance of “Amazing Grace” so much they even requested an encore!

Residents also enthusiastically joined in different games and activities like a ticket raffle and guess-how-many-jellybeans-in-the-jar contest. There were also “Name that Tune” and other trivia games. The thrilled winners received puzzles and candy necklaces as prizes. With smiles, laughter, and singing, the residents shared in the fun. Afterward, volunteers gave residents goody bags including Polaroid pictures that had been taken as parting gifts to remember the fun they had.

When volunteers asked the residents what they thought of the show, they all shouted enthusiastically, “Wonderful!” “Great!” “Thank you for coming!” “I would like to see you again!”

Ms. Dee, Atria’s Activity Instructor, said, “I could tell the residents loved the event, and from the beginning, they were excited.”

“I did feel the love of a mother today,” expressed one of the residents.

The East Coast Volunteer Service Day 2016 was part of the Church of God’s multi-state public awareness campaign emphasizing the importance of volunteerism. After receiving the Queen’s Award for Voluntary Service from Queen Elizabeth II, more than 2.7 million global members recommitted to volunteering in their local communities. 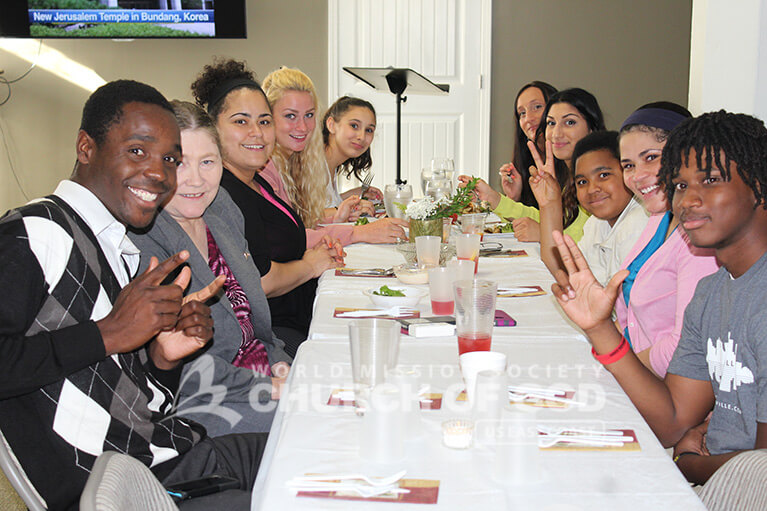 Mother’s Day 2015 at Church of God in Louisville

The Church of God hosted a special dinner for Mother’s Day 2015. 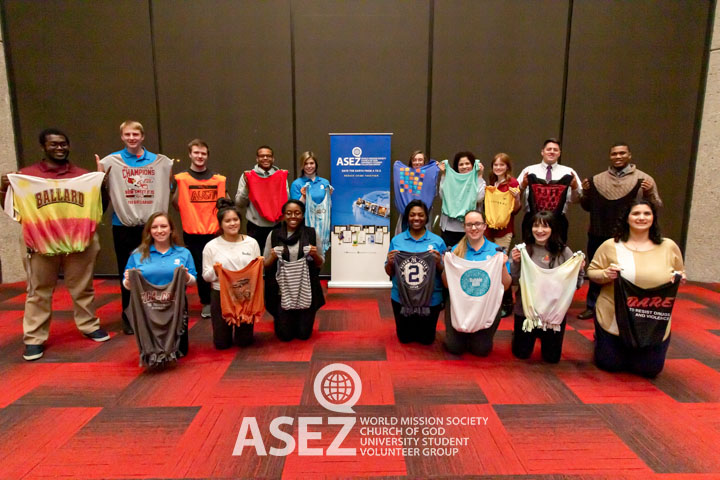 The Harmful Effects of Textile Waste The average American throws away over 80 pounds of clothing every year. That’s equal to about 190 t-shirts per person. Around 85% of that