Orange County is working to extend the trail through Middletown, using portions of outdated railways, however, the area has become severely polluted with trash. For this reason, ASEZ WAO stepped in and cleaned the area in order to prepare the trail for its official opening in 2020.

In total, about 70 ASEZ WAO volunteers from the World Mission Society Church of God participated in the cleanup. The volunteers were thrilled to continue their cleanups efforts. Just a few weeks ago, they removed 8 tons of trash from Haverstraw Beach State Park.

Moreover, in addition to TAP, the volunteers promoted their Reduce Plastic Campaign. The volunteers set up a table with panels explaining the environmental hazards of plastic waste and what can be done to reduce plastic use. Furthermore, those stationed at the table explained how scientists estimate that nearly 70% of the products we use contain plastic. Nonetheless, the unfortunate result is that much of this plastic ends up in the environment.

To keep in step with their campaign, the volunteers all brought reusable water bottles. The ASEZ WAO event organizers placed jugs of water and Gatorade nearby for the volunteers to refill their bottles and stay hydrated in the heat.

Cleaning Up the Heritage Trail

The Orange County Heritage Trail extension in Middletown was no exception to plastic waste. The volunteers found all types of plastic items littered not only along the trail, but its outskirts too. The Middletown Parks and Recreation Department superintendent, Christine Brinckerhoff, explained that the area is often exposed to litter by delinquents.

The Parks and Recreation Department supplied the volunteers with pickers, gloves and trash bags to get the job done. Local law enforcement officers who attended to ensure the safety of the volunteers also assisted in the cleanup. In all, the volunteers collected around 130 bags of garbage. Additionally, they found a mattress, a couch, a vacuum, and other abandoned miscellaneous items.

Working Together with NY State Officials

NY State Senator Jennifer Metzger and NY State Assemblywoman Aileen Gunther each attended the cleanup in support of ASEZ WAO’s efforts. They felt hopeful and moved to see young adults putting so much effort into preserving the environment and facilitating the opening of what will be a cherished addition to the Heritage Trail.

“It’s so moving to me and so hopeful to me to see so many people—so many young people—come together to do this. I’m actually kind of tearing [crying], because this is your planet; this is your future. You are showing the power of what you can achieve,” Senator Jennifer Metzger told the volunteers. “The ASEZ WAO campaign is so important in this regard because you’re raising awareness.”

Read more about ASEZ WAO’s Heritage Trail cleanup at midhudsonnews.com. Also, make sure to contact us to learn more about our upcoming Church of God, ASEZ WAO, and ASEZ university student events and community services. 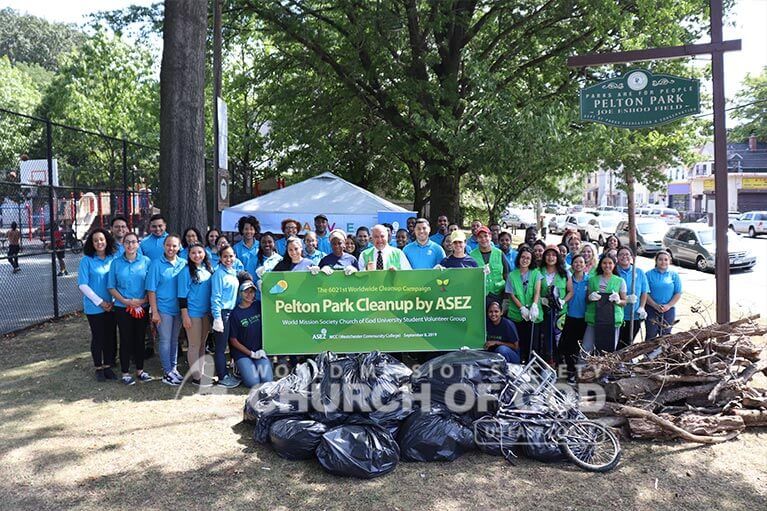 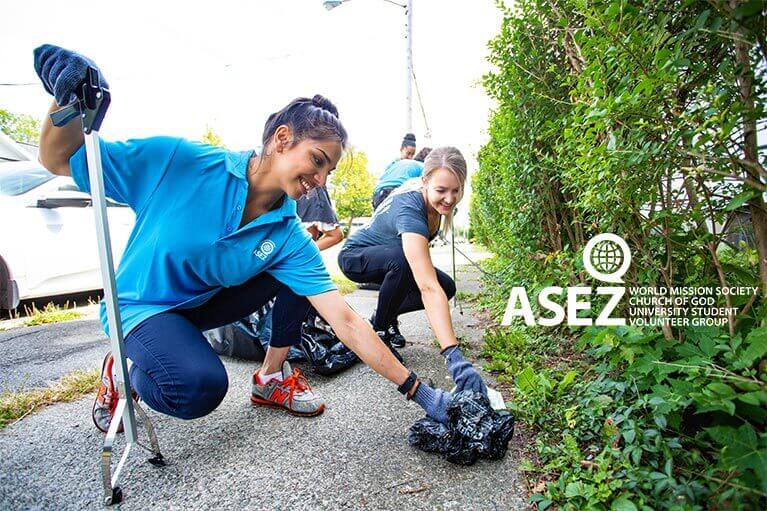