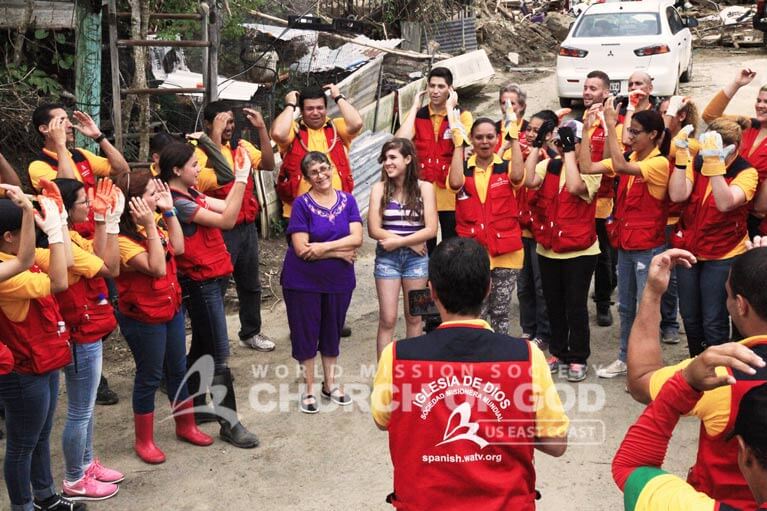 Early in the morning on Wednesday, September 26, Hurricane Maria struck Puerto Rico. It was one of the strongest hurricanes to make landfall on the small island. Just about the entire U.S. territory was left without power, trees were downed, and roads were blocked, which has made it almost impossible for help to reach those who are most in need.

In the wake of this catastrophe, the World Mission Society Church of God held a disaster relief drive to aid those on the island. From October 3 to October 15, the Church held a multi-state effort to collect as many necessary items as possible. Members introduced the disaster relief campaign to their workplaces, schools, and even military bases. With empathy, their colleagues at more than 300 organizations were receptive.

So members quickly mobilized and set up collection boxes for donations in their lunch areas, conference rooms, welcome areas, or areas of high traffic at work. Colleagues donated thousands of items to the cause, including canned meats, chlorine dioxide water purification tablets, medical supplies, hygiene kits, diapers, and batteries.

Helping On the Ground

Meanwhile, volunteers from the Church of God in Puerto Rico forgot about their own needs and, immediately after the hurricane, started helping their neighbors. Volunteers went from house to house to check on their neighbors, help them clear out flood waters and much, and simply share a smile and words of encouragement amidst disaster.

Back on the East Coast, the Church closed the drive on October 15th with a thank you luncheon for all the supporters. Volunteers gathered donations in workplaces, schools, military bases, apartment complexes, and even at their gyms. This was an effort between 12 states, Washington, D.C., and even the Dominican Republic and Trinidad.

Donations came in from colleagues at various companies and organizations such as The New York Times, the United Nations, Whalen Architecture, Cornell University, Rutgers University, and bases of the U.S. Army, the U.S. Navy, and the U.S. Air Force.

During the finale, donors enjoyed a slate of authentic Puerto Rican foods and desserts. They also wrote encouraging letters to the people affected by Hurricane Maria in Puerto Rico.

To deliver the items, a group of Church of God volunteers will travel to the island. They will hand deliver the goods to the members of the Church in Aguadilla, Bayamón, Caguas, Carolina, and Ponce. And the members in Puerto Rico will then distribute everything to local households in need.

To learn more about how you can help, or participate in future volunteer efforts, do not hesitate to contact us. 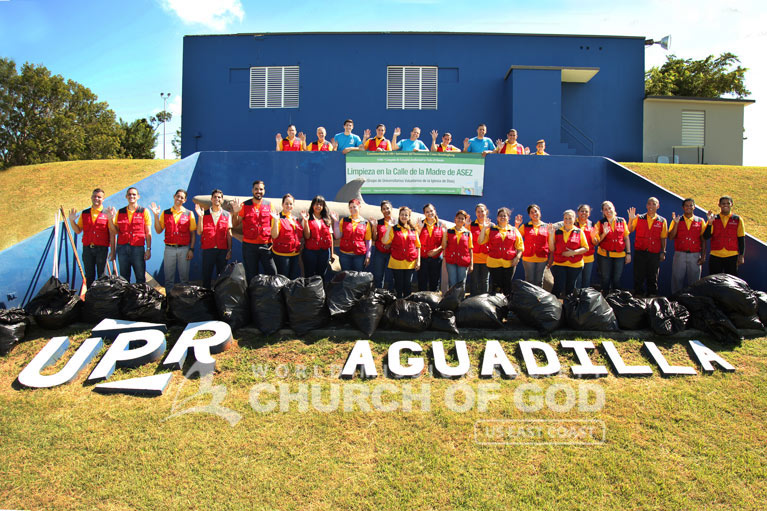 “Mother’s Street” Cleanup at University of Puerto Rico in Aguadilla

ASEZ and the Church of God performed a “Mother’s Street” cleanup at the University of Puerto Rico in Aguadilla, working with faculty members to beautify the campus. 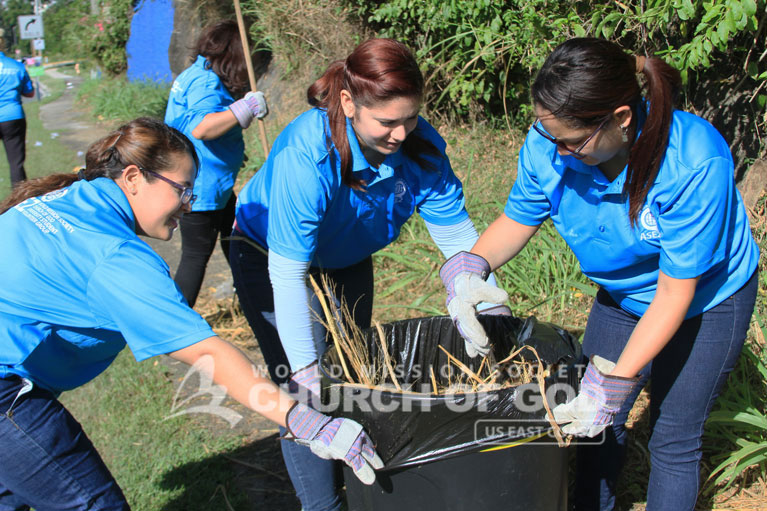 ASEZ volunteers from the University of Puerto Rico partnered with the town of Guaynabo, PR to carry out a cleanup in the municipality.