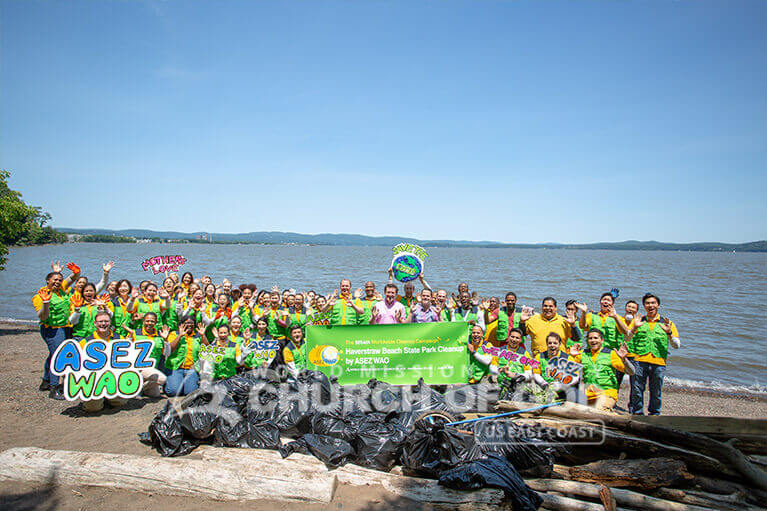 ASEZ WAO Cleans Up Historic Site Along the Hudson River

Stretching 73 acres long is Haverstraw Beach State Park, a hidden treasure not too far from the busiest city in the world. The New York state park contains several amenities, such as beautiful beaches along the Hudson River, trails for hiking and picnicking areas. To take advantage of the scenic beach area, one must make his or her way down a windy and narrow trail down the hillside. However, it’s totally worth the trek.

Moreover, Haverstraw Beach State Park is a historic site related to the American Revolution. In the same woods, Benedict Arnold plotted to betray America. Nonetheless, his plan came to nothing and he ended up fleeing to British lines as a traitor.

Though the park is full of history and stunning scenery, it has been subjected to pollution in recent years. People often visit the park to spend leisure time on the weekends. Unfortunately, many end up leaving trash behind. The park management also explained that passing boaters sometimes use areas near the shoreline for dumping.

For example, an abandoned structure once used as a concession stand became a prime dumping area. The trash inside the structure piled up as high as four feet, containing various metals, barbecue equipment, tires, and dozens of abandoned bags of trash. Moreover, enormous invasive weeds overtook the area.

ASEZ WAO (Save the Earth from A to Z – We Are One), the young professionals’ volunteer group of the Church of God, recently kicked off their Take Action Project (TAP). The volunteers saw the situation at Haverstraw Beach State Park as the perfect opportunity to take action and spread awareness about the effects of climate change to their neighbors and coworkers.

About 70 volunteers arrived around 10 a.m. to start cleaning the area. In addition to the gloves and pickers supplied by the park management, the volunteers brought their own clippers to remove invasive weeds from the park. After getting organized, the volunteers made their way down the sloping hill and began removing waste and overgrown brush from within the park and its shoreline.

New York State Senators Come Out for the Cause

New York State Senator James Skoufis and New York State Senator David Carlucci both came to commend ASEZ WAO for their volunteerism. Haverstraw Beach State Park sits right on the border of each of the senators’ districts—so it was the perfect cause for them to come together in support of.

“I’m just glad to see ASEZ WAO come out in full force to clean this part of our beautiful park that has needed it for so many years,” said Senator Carlucci. “Many hands makes for easy work, and that’s what ASEZ is doing today. So I’m just here to support them.”

After seeing the results, the park management also expressed their gratitude towards ASEZ WAO for cleaning up such a seemingly insurmountable amount of waste. Through their efforts, the volunteers renewed and revived the natural beauty of the NY state park. The volunteers hope that when people see and feel the cleanliness of the area, they can be reminded of a community that takes care of its neighbors and its environment. Ultimately, this is the heart of Heavenly Mother that ASEZ WAO strives to share through the Take Action Project.

Contact us to learn more about ASEZ WAO and how to participate in our future events. 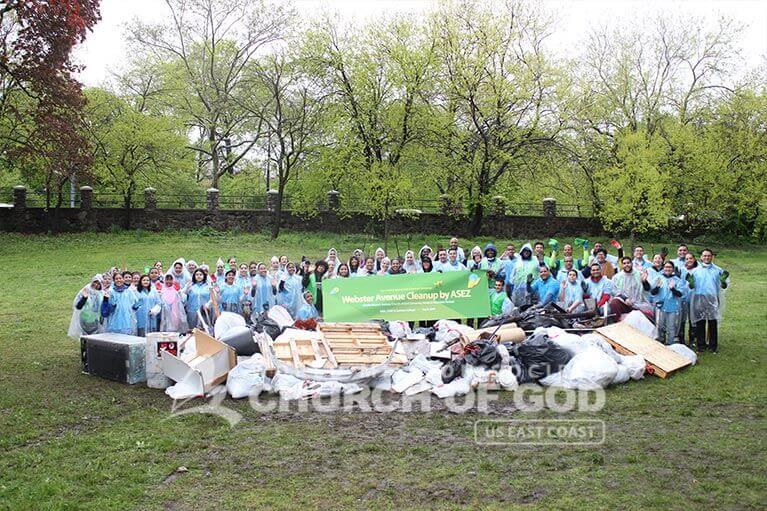 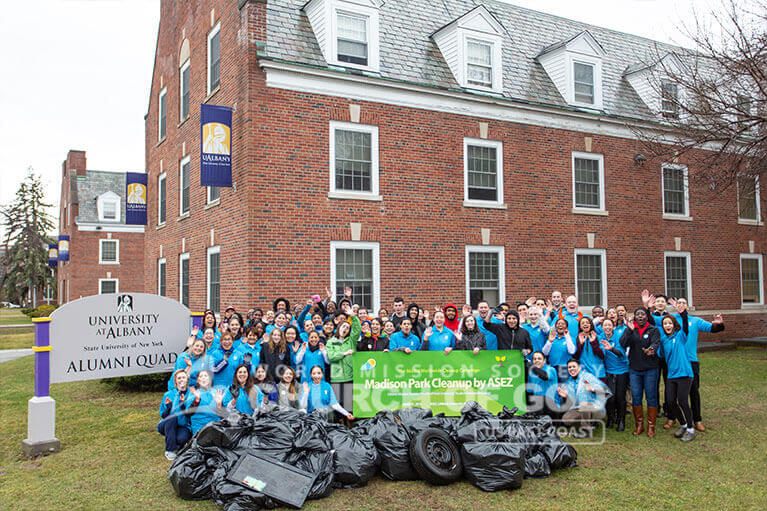