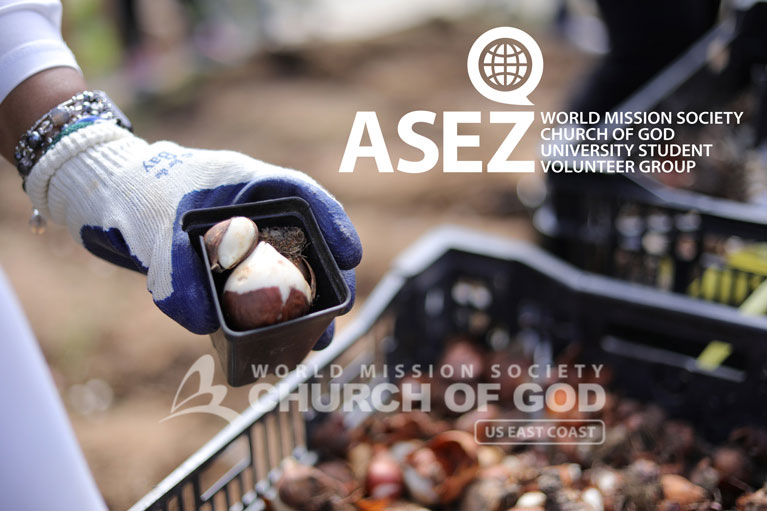 On Sunday, ASEZ held a Briscoe Park cleanup in Baltimore, Maryland. ASEZ, which stands for “Save the Earth from A to Z,” is the university student volunteer group of the World Mission Society Church of God. As the leaders of the future generations, ASEZ volunteers strive to spread the love of Heavenly Mother throughout the world by serving their communities through various initiatives. These initiatives include social service, disaster relief, environmental protection and more.

Approximately 80 volunteers attended the Briscoe Park cleanup. The Volunteer Coordinator for Baltimore City Recreation and Parks, Janet Caslow, and other members of the department also came. The Briscoe Park cleanup falls in line with the Church of God’s “Mother’s Street” cleanup campaign. Upon arrival, the volunteers split into groups in order to complete various tasks around the park.

One group focused on painting the park benches with several coats of a weatherproof, forest-green paint. The wooden benches were previously unfinished, and thus exposed to changing weather conditions. Another group combed through the park, picking up trash and hazardous materials, like broken glass; in order to make Briscoe Park and its playground safer for the families who visit there.

A large group prepared a section of ground for Briscoe Park’s new garden. They began by clearing the grass from one section of a hill and proceeded to turn up the soil. Afterward, they dug trenches for the flower bulbs and placed about 900 bulbs in the ground. The bulbs will bloom in the spring—enriching the park with color and beauty.

The final group cleared all the brush and weeds from many areas in and around Briscoe Park. One area that received a lot of attention was the basketball court. Volunteers removed tree branches overhanging the court, vines climbing up the outer walls and fences, and even grass and weeds growing through cracks in the pavement. The basketball court looked vastly different after the ASEZ volunteers had finished their work.

The teams collected a total of 230 garbage bags, which were filled with plant matter and debris, along with some other bigger items—weighing approximately 3 tons. By the time the event met its completion, it had been covered by media crews from four different news stations.

“I’ve never been with a group that’s done this many bags,” said Ms. Caslow, “I’ve never seen so many nice people in my life in one group. I love you guys; you’re wonderful.”

Maryland ASEZ volunteers will continue to do their best to serve and help their communities with the heart of Heavenly Mother. 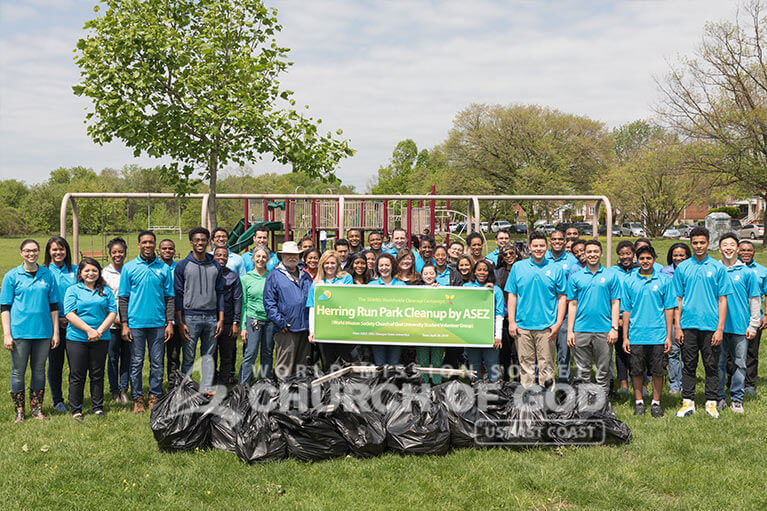 ASEZ student volunteers gave Herring Run Park in Baltimore, Maryland some sprucing up as part of their “Reduce Crime Together” campaign.

Around 70 ASEZ volunteers held a Mt. Pleasant Park cleanup in Baltimore, MD as part of their Reduce Crime Together campaign. Together, they removed 80 bags of debris and clipped back branches and vines.